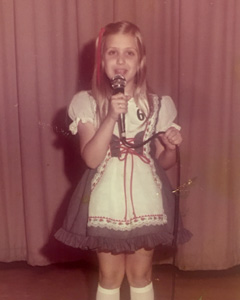 Misha’s motto is “there are no strangers, only friends we haven’t met yet”. Raised right in south Mississippi, Misha learned the art of Southern hospitality, public service, and singing for community events.

Her fondness for arts and culture led her to study English and Spanish at the University of Alabama and Pamplona, Spain, but a Tennessee talent search landed her in Nashville. She learned about lights, cameras, and action– in studios and on stages, singing, modeling, and acting. Misha’s journey over the next decade led her to marketing and sales leadership positions, including Barnes and Noble Booksellers and the Nashville Symphony. Around the bend, she ultimately found her best life now, marketing the spectacular scenes of KGV Studios.

When she isn’t serving the video needs of the world’s best clients, she is often spotted savoring exotic coffees, doing Facebook Live shows, watching college football with her son, and supporting his YouTube channel.