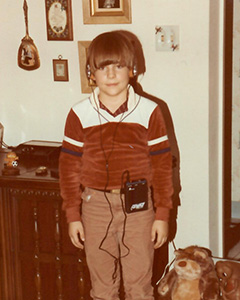 Jason has lived in Nashville for 12 years, but he was raised a Hoosier. As a true Hoosier he has a deep love of Indycar racing, which he has passed on to his two high energy boys. He loves metal music and photography, which he also shares with children. (His love of whiskey he keeps to himself.) Most importantly, he has a badass wife who doesn’t really mind his ever-growing vinyl collection. Really.

Jason always something in his ears: podcasts, music, phone calls, or children. He hasn’t set his phone down in over 10 years. He stays on top of everything and keeps everyone on task. He has only missed 2 deadlines in 25 years in production, and they both still haunt him. He’s ridiculously detail-orientated and can spot a black frame in a video that has thousands of frames.

If he wasn’t doing production, he would be doing something in the auto racing industry.